Sign in
Home GOTW Game of the Week: Bengals/Broncos

Game of the Week: Bengals/Broncos 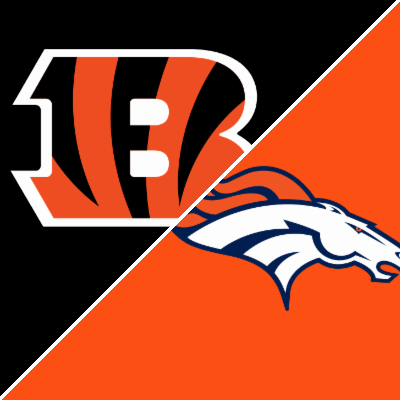 It’s almost Christmas time and you know what? The Broncos are actually in the playoff race. After beating the Detroit Lions in an emotional game following the death of beloved Broncos player, teammate and family member, Demaryius Thomas, Denver now finds themselves in the thick of the AFC playoff race.

With a DT memorial just outside Empower Field and a huge #88 painted on the side of the field, players and fans alike could feel the presence of one of the greatest Broncos to ever do it. Other than a few stumbles, Denver ran the table against the Lions and did what they set out to do; win for DT.

Now they set their eyes on yet another “playoff game” against the 7-6 Cincinnati Bengals. Like Denver, Cincinnati sits at 7-6, just outside a Wild Card spot, and after losing their last 2 contests, they will be eager to snap that small losing streak and get deeper in the hunt.

The Broncos ran for 184 yards against Detroit thanks to Melvin Gordon (111) and rookie Javonte Williams (73). They’ll need a repeat performance if they want to stay alive and that’ll be easier said than done. The Bengals are a top five defense against the run thanks in part to a terrific defensive line.

Playoff talk for the Broncos in December? Almost forgot what that was like. Onto Cincinnati…….