Sign in
Home Deep Thoughts Will History Repeat Itself for the Denver Broncos?

Will History Repeat Itself for the Denver Broncos? 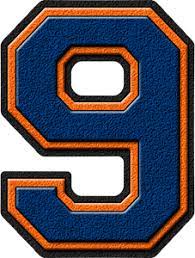 What was supposed to be a slow and steady easing-in season, rookie cornerback Patrick Surtain II will have to raise his level of play quickly for the Broncos. On Tuesday, September 14th, the Broncos placed Ronald Darby on injured reserve meaning the “rook” will play more of a role on Sunday against the Jacksonville Jaguars. Surtain only played in 16 of the 61 defensive snaps last week against New York and was smoked by Sterling Shepard for a 37 yard touchdown. Time for the 9th pick of the 2021 NFL Draft to show Broncos Country why he was taken over quarterbacks Justin Fields and Mac Jones even though QB was a rather big position of need. If he stumbles early, rookie or not, he runs the risk of being boxed in with Bradley Chubb as a major miss.

Of course, Chubb isn’t a miss because he’s a bust or anything. He made the pro bowl last season and assuming he can get healthy, should have a solid 2021 campaign. He’s a miss because of what Denver could have had at pick # 5 in the 2018 draft. Josh Allen, while he struggled week one against Pittsburgh, is on MVP watch in just his 4th season in the league. That draft pick could have very well been the beginning of the end for John Elway as the man in charge of player personnel.

I think it’s safe to say that if you are keeping score, Allen has won the competition as far as who’s made a bigger impact on their franchise. In Chubb’s defense, he would have to be damn near perfect as comparing a QB to, well, any other position in the NFL, is a bit unfair. However, Chubb hasn’t been perfect. He’s missed several games due to injury in his young career, didn’t see the field in game 1 and his return to action in the foreseeable future is not looking good. He’s a fine player but Josh Allen is a franchise player, a franchise quarterback.

Will history repeat itself for the Broncos? New GM, same situation. Broncos General Manager George Paton passed on Justin Fields and Mac Jones at #9 to add a cornerback to an already stacked depth chart at the position. And just like Chubb, Surtain will have to be pretty much a Hall of Famer to prove that it was the right pick by Paton.

It’s possible that both Chubb and Surtain could go down as two really great players for Denver but for a franchise that hasn’t had a home grown franchise QB since John Elway, there is little room for error as we evaluate both Elway’s and Paton’s gamble with #5 and #9.

Josh Allen and Justin Fields vs. Bradley Chubb and Patrick Surtain. Four players that will forever be tied to one another and the Broncos organization. Of course, a franchise QB of their own could help alleviate some of that pressure on #5 and #9 but even with a fantastic showing against the Giants, Teddy Bridgewater has a lot of work to do if he wants to earn a long term deal with the Broncos.

With Darby out for at least 3 weeks, Surtain will get his chance to prove he’s not only a starting caliber cornerback, but that he can single handily flip a game upside down. He’s drawn comparisons to Champ Bailey, among other great DB’s and let me tell you, if he lives up to Bailey status, even though a QB still might win the competition in the long run, Broncos Country would be pleased with Paton’s first draft pick of his career.

You better believe the Jaguars and every other team Denver faces this season will watch the film and see that Surtain’s first NFL game of his career was less than stellar. He played too far off of Shepard, allowing the WR to scoot across the field and give the Giants their only lead of the game.

“He needs to be tighter on that one, for sure,” Fangio said of that touchdown reception. “We could have helped him out in a couple of other instances on that play that would have made that pick-up a little easier. But he does have to be tighter on it.”

Surtain must be a quick study if the Broncos want to grab these next few games in a crucial stretch. Both the Jags and the Jets should be wins but all it takes is a simple break down in coverage for things to get out of hand. Denver’s strength will be its defense and more specifically, their pass defense. Even without Darby, Kyle Fuller, Bryce Callahan and Surtain, should help make up one of the best secondary units in the league. But so much of that hinges on a rookie. He was going to jump in for 15-20 snaps for the first few games but now, look for him to stay on the field for well over 80% of the time on defense.

I loved this pick. Shutdown corners in a league that favors the pass are hard to find. If Surtain’s going to be one of them, he must shed the rookie tag and urgently become a Champ Bailey in the making….and I’m here for it.