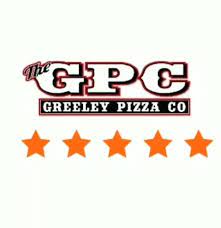 We were in the mood for some pizza so we decided to try the Greeley Pizza Company in West Greeley. This place was a part of a franchise called Urban Bricks but after some legal squabbles and frustration with the restrictions the franchise imposed, the owners decided to go their own way, breaking off to form locally owned GPC.

Some of the reviews while it was under the Urban Brick were unfavorable….did they clean up their act? Find out below.