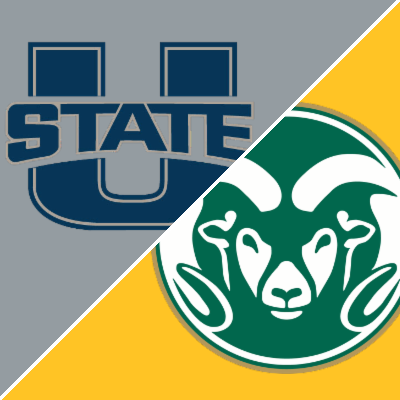 After the Rams first REAL road game of the season against Mountain West power house in San Diego State, Colorado State suffered its first loss of the 21/22 campaign. Down just 4 at the half, CSU would only score 17 points in the second, losing badly inside Viejas Arena 79-49. Typically, when we talk about the Rams we say 1 of 2 things first; they have two superstars in Isaiah Stevens and David Roddy AND they are a very deep team. Stevens and Roddy did their part (Stevens with 19 points and Roddy with 17) but the rest of the team? 13 points combined. Ouch. Obviously, we all know Colorado State was coming off a 3 week Covid delay, no doubt still shaking off some rust and playing at Viejas is tough for even the best teams in the country but a 30 point loss raises a ton of questions.

This week, CSU will host Utah State and I am making this my game of the week because I really need to see how they respond after their 1st L. Will Head Coach Niko Medved tighten up his bench or keep rotating through a 10 man rotation? Was Saturday’s loss to the Aztecs simply just a bump in the road? The Aggies are no slouch in the MW but after losing to Air Force and narrowly escaping New Mexico over the weekend, they have their own set of questions and concerns.

I’d love to see the Rams dominate in this one from start to finish. Students should all be ready to roll at Moby Arena and I just can’t believe the supporting cast will come out that flat again.