Sign in
Home GOTW Game of the Week: Raiders/Broncos

Game of the Week: Raiders/Broncos 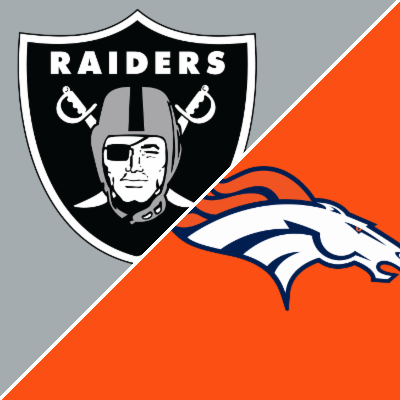 After beginning the season with a 3-0 record, the Denver Broncos have let their last two games slip, losing to both the Baltimore Ravens and Pittsburgh Steelers in back to back weeks. The concern after Denver’s fast start to the season was that they hadn’t faced a good team yet and so far, that concern appears to be legitimate.

The Ravens had their way with an unimaginative Broncos offense, winning easily 23-7 while the Steelers could do no wrong until late in the game, which proved to be TOO late for Denver as a late INT inside Pittsburgh’s 10 yard line by Teddy Bridgewater ended their hopes of a 4th quarter comeback.

At 3-2, the Broncos play host to their rival in the Las Vegas Raiders, who also sit at 3-2 after getting worked by the Chicago Bears over the weekend.

Defensively, the Broncos are still a solid unit but injuries have certainly done them no favors. Losing Josey Jewell for the year and Bradley Chubb/Ronald Darby for the foreseeable future has not been ideal for what was predicted to be an elite defense all year. Despite the injuries, the Broncos are still very stingy on that side of the ball, holding down the #3 spot in yardage allowed per game. However, if they want to start winning games because of their defensive play, they need more sacks and turnovers. In both categories, Denver ranks just around #10 but due to a slow offense, the D will have to find ways to create more chaos and force momentum shifting plays against the Raiders on Sunday.

Offensively, injuries have also decimated the Broncos. Losing Jerry Jeudy and K.J Hamler early has been difficult to overcome and Teddy has been mostly pedestrian in his last two games (injured for second half of Ravens game). That being said, the run game has yet to really take hold which doesn’t allow for much creativity on the play calling side of things for Pat Shurmur and company.

From the beginning, I said the Broncos are a playoff team IF they have a top 5 defensive unit that can create turnovers and a rushing attack that can set everything else up on offense. Leaving it up to Teddy to air it out and go toe to toe with opposing QB’s is simply not going to work.

Tied for second in the AFC West, it’s not necessarily panic time for Vegas or Denver….but the one that loses this one on Sunday, might have some interesting decisions to make going forward.