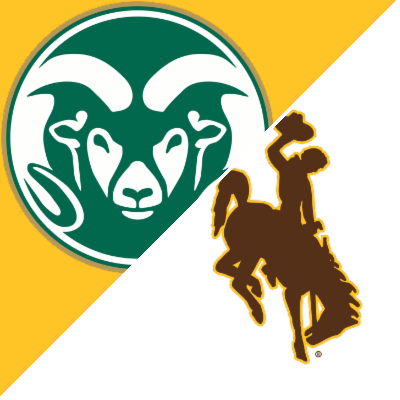 Colorado State suffered its second loss of the season and its first at Moby Arena last Friday against a middle of the road, at best, UNLV team. Give the Rebels all the credit in the world, however, as they flat out brought it against one of the best in the country, outscoring the Rams 43-25 in the first half. CSU never got much closer after that in what was their worst showing of the season.

Slow starts have been an issue for the Rams but time and time again they’ve been able to recover. Not this time. Thanks in part to 45 points from UNLV’s Bryce Hamilton and a poor showing from every Ram not named Isaiah Stevens, CSU never had a shot in the second half.

Now they turn their attention up North to conference rival, Wyoming. The Cowboys are 16-3 and 5-1 in the Mountain West and are looking to maintain their second place spot in the conference with a win Monday night.

To answer today's poll question on #TheHullShow.....Yes, it would be considered a failed season if @CSUFootball doesn't win AT LEAST 5 games.....a MEGA failure if they don't win at least 4.
View on Twitter
0
1