Sign in
Home Deep Thoughts Done with that Rockies boycott? You may want to keep those protest signs a bit longer….

Done with that Rockies boycott? You may want to keep those protest signs a bit longer…. 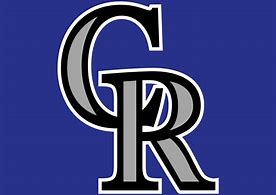 We haven’t even played a month of baseball and the Rockies are shaking it up….again.   On Monday, April 26th, Colorado announced that General Manager Jeff Bridich would be relinquishing his title.  The release issued by the Rockies stated that it was a mutual decision but with Bridich’s contract set to expire at the end of the season and so many fans calling for a boycott of the team, It’s hard not to believe it was simply a way to save face for Owner Dick Monfort and perhaps show the fanbase that a change for the better was coming.  The secondary part of the press release, perhaps the most important part, was the fact that Greg Feasel, the club’s Executive VP and Chief Operating Office, would be named President/Chief Operating Officer.  Feasel will oversee baseball operations from here on out, indicating that Monfort will step back a bit and let his baseball people make baseball decisions.   So that means all those “sell the team, Dick” or “I’m done with the Rockies” tweets and posts are done right?  Rockies fans and Dick Monfort can go back to singing kumbaya and doing the wave at Coors Field.  Not so fast. As I stated on the Hull Show earlier this week, if your boycott ended after Bridich’s dismissal, you are doing it wrong…for now.  Check out that segment below.

What changed?  After 21 games, something caused Monfort and Bridich to determine there was no other way to go about the current situation than to sever ties.  Was it a discussion about Trevor Story?  Did Bridich want to trade off another Rockies star but Monfort put his foot down?  Was it the other way around?  Depending on how the Story situation plays out in Colorado, we may find out soon.  I chatted with Rockies insider, Drew Creasman of DNVR Rockies about what may or may not have happened between the two.  Give it a listen.

Bridich took many swings and missed.  He would have been fired in most markets but Monfort, time and time again, backed his guy.   What if Monfort would have acted sooner and fired Bridich back in 2019 after Nolan’s frustration had peaked and it was clear he would eventually leave the Rockies?  It wasn’t until he likely saw a dip in ratings or fan support that forced his hand.   Yet, many fans have showed their recommitment and to that, I say, not so fast.

Remember Dan O’Dowd?  Former Rockies General Manager that spent 15 years with the team only to produce 4 winning seasons and 2 postseason appearances.  Monfort was reluctant to move on from O’Dowd but after 4 losing seasons in a row, he had no choice.  He then hired from within the organization, promoting the team’s Senior Director of Player Development, Mr. Bridich.  So he took a guy that was part of the losing culture, a big part, and elevated him to GM?  Gotcha.  However, it kind of worked out for a bit.  Bridich crafted a team that made the playoffs in back to back seasons, the first time ever for the franchise.  Perhaps that stretch was the most successful run by the Rockies in their history.

In the end it wasn’t meant to be.  Bridich was arrogant with the media, cold to his players and his big moves like signing Brian Shaw, Wade Davis and Ian Desmond were major flops.

So now that Bridich is out, the GM search begins.  The expectation is that the Rockies will fill the interim role with either Scouting Director Bill Schmidt or assistant GM, Zack Rosenthal.  This is where I caution fans.  Monfort is a loyal guy.   He likes his guys and Feasel, Schmidt and Rosenthal are just that, his guys.  Feasel was actually a former pro football player but has been with the team for 3 decades.   Don’t be surprised if they stick with Rosenthal for the foreseeable future and if that’s the case, isn’t that just the same ole pattern we’ve seen before?  They need someone with a fresh look at this team.  Not just recycling guys within the organization that perhaps share some of the same ideas and philosophies as their former GM.

I’m not one for boycotts.  Especially when it comes to sports and I certainly am not advocating that Monfort sell his team.  BUT in order to find success and regain the fans trust, he has to step back and find someone outside of the organization.   I am doubtful this happens which is why I caution you all.  Look at the Broncos and John Elway.  Even the Duke of Denver knew he needed someone fresh to take the lead.  Which is why George Paton is now the new GM.  Monfort doesn’t need to evaluate his guys. He doesn’t need to be loyal to his guys.  He needs to be loyal to the fans and take a shot outside of the organization. 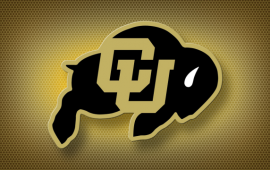 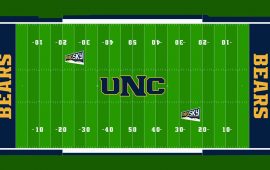 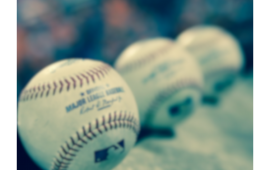 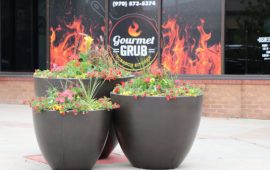