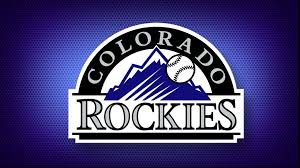 DENVER – The Colorado Rockies announced today that they have named Bill Schmidt as the club’s general manager, the fourth general manager in franchise history. Schmidt has served as the interim general manager since May 3 after previously leading the scouting department since 1999.

“After five months as our interim general manager, it became increasingly clear that Bill was the right person to lead this franchise forward,” said Colorado Rockies President and Chief Operating Officer Greg Feasel. “We already knew Bill as a trusted and respected baseball professional within the game. He came into a challenging situation and quickly impacted the play on and off the field. Bill’s promotion also gives the organization an opportunity to promote two experienced individuals, Danny and Zack, to leadership roles that will be key in getting us to the next level.”

Schmidt has been with the Rockies since Oct, 1, 1999 when he began his direction of the scouting department, later being named the vice president of scouting in 2007. He joined the Rockies from the Cleveland Indians, where he served four seasons (1995-99) as a national crosschecker. Prior to his time with the Indians, Schmidt supervised the Southern California, Arizona and Nevada regions for the New York Yankees (1988-95), worked for the Major League Scouting Bureau (1987-88) and scouted for the Cincinnati Reds (1982-84). He also served as a coach in the Pioneer League for the Reds (1984) and Brewers (1986), and served as a coach for three seasons with the New York Yankees’ Penn League club (1991-93).

Recently, Schmidt has been honored as the West Coast Scout of the Year in 2019 at the Winter Meetings, and was one of six scouts to receive the Legends in Scouting Award at the Professional Baseball Scouts Foundation gala in January 2019.

“I am very honored to be named the general manager, and excited to get to work this offseason with Danny, Zack and the rest of our baseball operations team,” said Schmidt. “The past five months have been important for our club, and we want our fans to know that, as a group, our baseball operations team is bringing a fresh perspective, approach and energy in these roles. We’re going to work hard to deliver a consistent winning club to our fans.”

Montgomery was an original hire of the Rockies, joining the club in November 1991. He has spent the past seven seasons as a special assistant to the general manager, working closely with former General Manager Jeff Bridich and Schmidt as one of the key contributors in the annual First-Year Player Draft in June. Montgomery has served in a variety of scouting roles in his 30-plus years with the organization, most recently as the assistant director of scouting (2005-14), national crosschecker (2002-04), East Coast crosschecker (2000-02) and West Coast crosschecker (1998-99).

Visit our website at www.rockies.com for tickets and information.
​
This email and any attachments are confidential and are the property of the Colorado Rockies Baseball Club and are subject to our Internet Acceptable Use Policy. It is intended for use by the recipient only. Any unauthorized use, dissemination, copying, or distribution of this email is strictly prohibited. If you have received this email in error, please delete the original message and all attachments and notify the sender at the above-listed email address.
​
The Colorado Rockies Baseball Club may monitor and archive all emails, both inbound and outbound, for compliance or for any other reason.
​
Any attachment to this email may contain software viruses, which could damage your computer system. We do not accept any liability for any such damage. You should carry out your own virus checks before opening any attachment.