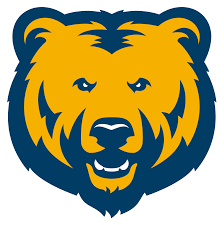 Daylen Kountz’s block of Robby Beasley’s jumper with 3.4 seconds left secured the UNC win as the ball fell into the hands of a waiting Matt Johnson II. Johnson II sank a pair of free throws to reach the final score. Just two days after a Kur Jongkuch block secured a win over Montana State.

Saturday’s game was a thriller for the 1,178 fans in attendance featuring 15 lead changes and 12 ties.

Northern Colorado trailed by eight at the half as UM went on a 5-0 run to close out the first 20 minutes. The Bears responded in a big way in the second half. UNC went on a 7-0 run to open the final 20, setting the tone for it.

The Bears had their best shooting half of the season going 61.9% (13-21) from the field to earn the comeback victory.

The game was played within one possession over the final [8:04] of it and featured four ties and two lead changes. The final lead change came with 25 seconds remaining as Kur Jongkuch slammed home a great Daylen Kountz pass.

Stat of the Game
Northern Colorado had its best shooting performance of the season Saturday night. UNC shot 53.3% from the field thanks to a strong 61.9% display in the second half.

Game Notes
– Northern Colorado has now won five of the last six games against Montana.
– UNC entered the night leading the Big Sky with 4.0 blocks per game. They added five more on the night. Two each from Kur Jongkuch and Dalton Knecht and the game sealer from Daylen Kountz.
– Four of the team’s five starters reached double figures scoring. Daylen Kountz led the team with 18 while Bodie Hume (16), Matt Johnson II (14) and Kur Jongkuch (13) added in.
– Kountz matched his career-high in assists with five.
– Kur Jongkuch had his fifth double-double of the season with 13 points and 10 rebounds.
– Northern Colorado held a huge advantage on the boards, outrebounding Montana 35-24.
– UNC pushed the pace with 14 fast break points.
– The Bears took care of business from the free throw line going 22-of-28. Kountz was 9-of-10 and Johnson II, a perfect 6-for-6.
– The eight-point deficit is the largest comeback of the season for UNC.

Around the Big Sky
Weber State and Southern Utah joined UNC by going 2-0 on the opening weekend of conference play. Montana State and Northern Arizona picked up their first wins of Big Sky play on Saturday.

What’s Ahead
UNC concludes a three-game homestand on Tuesday night when former NCC rival South Dakota visits Bank of Colorado Arena at 6 pm. Tickets can be purchased at UNCBears.com/Tickets.