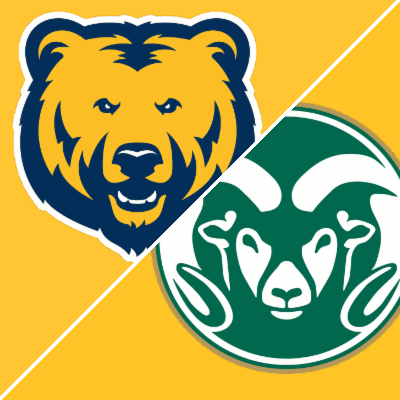 FORT COLLINS, Colo. – Northern Colorado men’s basketball gave Colorado State all they could handle on Saturday afternoon, falling just short 88-79 inside Moby Arena. The Bears hit 18-three pointers on the day to keep the Rams on their toes.

Bodie Hume made nine of those threes on his way to matching his career-high 30 points. The nine threes were also a career-high.

The Bears came out firing as Hume and Daylen Kountz combined for five threes in the first six minutes as UNC jumped out to a 17-7 lead.

Kountz continued his strong senior year with 19 points including four made threes.

CSU went on a 12-0 run to take the lead and stretched it to as much as nine with five minutes left in the half. The Bears fought right back going on a 14-2 run to end the half holding the Rams scoreless during a [4:52] stretch, taking a 41-38 lead into the locker room.

Hume continued to shoot lights out to open the second half making three straight treys. He hit four in the first five minutes to give Northern Colorado a 13-point lead. Once again Colorado State chipped away at the lead.

A 12-1 run in the middle of the second half made it an even ballgame during the closing stretch. CSU was able to close out the game and pull away late from the free throw line.

Stat of the Game
Northern Colorado used the three-point shot to its advantage making a season-high 18 on Saturday. UNC has eclipsed the 10-plus made three mark five times this season.

Game Notes
– Bodie Hume’s nine threes are the third-most in program history.
– Kur Jongkuch made an impact on the game with his passing from the post. The senior had a career-high five assists. He added in nine rebounds and scored three points.
– Daylen Kountz also had a career-high in assists and matched his in assists with five and three, respectively. That went with his 19 points and two rebounds.
– Dru Kuxhausen joined in on the three-point party with four to finish the day with 12 points. He has made multiple threes in six games this season.
– UNC finished the game with 17 assists.

What’s Ahead
As the calendar turns to December Northern Colorado prepares to start the Big Sky season. The Bears will host Montana State and Montana on December 2 and 4. Tickets for the games can be purchased at UNCBears.com/Tickets.