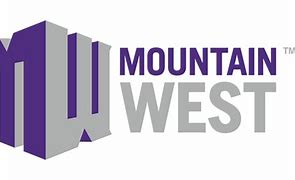 LAS VEGAS – The 2022 Preseason All-Mountain West Football Team was announced today at the league’s annual media days, being held at Mandalay Bay Las Vegas. The team, as selected by members of the media, features 14 student-athletes who were first or second team All-MW selections in 2021. The 27-member squad is comprised of 24 seniors, two juniors and one redshirt-freshman.

Haener, who was a Davey O’Brien Award semifinalist last season, is coming off a career year in which he threw for 4,096 yards, just the seventh MW signal-caller all-time to throw for at least 4,000 yards in a season, and 33 touchdowns. Nationally, the native of Danville, California, finished in the top 10 in passing yards per game (315.1; 8th), completions per game (25.3; 9th) and passing yards (4,096; 9th). Haener is the first Bulldog to earn preseason offensive player of the year distinction since Derek Carr in 2012 and 2013.

Hall, who is the first back-to-back MW Preseason Defensive Player of the Year honoree since Wyoming’s Andrew Wingard in 2017-18, tallied 40 tackles, including six tackles for loss and four sacks in 2021. The native of Morgan Hill, California, who is a four-year starter on the San José State defensive line, shared preseason honors with McMorris. The Aztec safety finished 2021 ranked top-25 nationally in interceptions (4; T-14th), passes defended (13; T-20th) and pass breakups (11; T-23rd). McMorris is the first Aztec to earn preseason defensive player of the year honors since Damontae Kazee in 2016 and third all-time (Leon McFadden; 2012).